The preparation of the monograph “Mobbing in Employee Relationships: the Individual, Organization, Social Environment” was prompted by intensive theoretical studies on mobbing, empirical research, interviews and talks with the victims of workplace mobbing and professionals over the past few years. Accumulated information and research findings enabled to form a clearer image of mobbing as the victim’s radical attack and destruction in Lithuanian organizations.

The research was inspired by even several closely interrelated reasons: not only scientific but also practical. Substantial economic and social changes in structures and the modern society’s innovations did not understate but gave even more prominence to the roles in human relations and interrelationships and revealed new problems to be solved by the management science blurring the boundaries between disciplines previously considered different. The chosen approach of examining the problem is multidirectional, as the phenomenon of mobbing in the organization encompasses a wide range of managerial, psychosocial, economic and other contexts.

In the West, mobbing has already been investigated for several decades, although it has not received equal attention in all countries. In recent years, this phenomenon was given increasing attention in the countries of Central and Eastern Europe, which are striving for qualitative transformations in the established organisational management traditions. In the academic community of Lithuania, more intensive research on mobbing started relatively recently. This phenomenon is still little known to managers of various levels of organizations, the first to whom it fells to recognise mobbing conflicts and prevent them from escalating.

Publications in scientific publications and specialized periodicals do not always reach the general public, and popular information on the Internet, translated from foreign languages, is comparatively superficial and does not reveal the deep-seated processes promoting the emergence and development of mobbing.

Mobbing (otherwise known as psychosocial terror, psychological terror at work, group psychological pressure, or psychological violence in the workplace) is a specific conflict which often cannot be resolved merely with the victim’s and leaders’ usual social relationship management competencies. The growing interest in the phenomenon and the increasing numbers of mobbing victims’ confessions encouraged by information dissemination, the search for specialized help and certain lack of information about the Lithuanian aspects of the problem led to the preparation of an in-depth study of the phenomenon. In addition, delving into conflicts does not always allow to place proper emphasis not only on individual, organizational but also on social and macroeconomic aspects of damage at the national level.

This study distinguishes itself from other investigations of mobbing in that the problem is studied in different aspects while seeking to view them as systemic elements of one phenomenon. For example, the discriminatory aspect of employee relationships is emphasized from the managerial position, and the trajectories of interrelationships of mobbing with the organizational climate are drawn.

The monograph is intended not only for the academic community, students of higher education institutions interested in the phenomenon but also for practitioners: managers of various levels, consultants, trade union leaders, labour relations specialists, etc. The authors seek to stimulate interest in the phenomenon of mobbing, hope that the presented studies, research results, conclusions and recommendations will help to fill certain information gaps, provide a broader picture of the prevalence of mobbing in Lithuanian organizations and encourage further discussion. 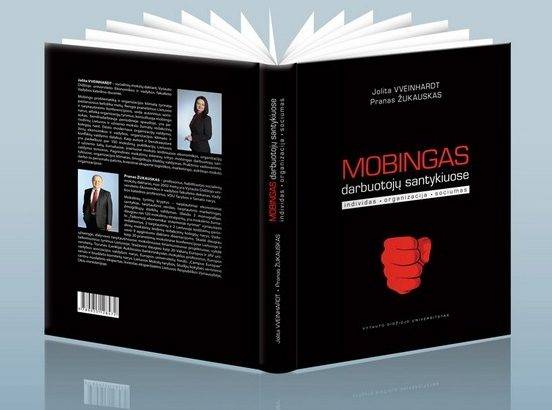