Since the 19th century, sport has been associated in the European society with victories, healthy lifestyle, success and opportunities to be an active member of the society or even to enter the society’s elite. In this context, safe sport is often understood as an activity in which the likelihood of physical traumas is minimised, while psychological traumas caused by physical and emotional violence often remain in the shadow. The shadow side of sport is not visible to the eyes of fans, which are looking for impressive and highly emotional views. In the sports industry that is generating huge revenues, the athlete is often treated as a useful resource. Such reifying approach, in the opinion of A. Szathmári (2017), equates the athlete with a “money making instrument”. In addition to that, it is still persistently believed that while seeking to train athlete’s “combativity” or “psychological hardening”, physical and emotional violence in interpersonal relationships is allowed. All of it creates a dangerous mix that generates overt and covert bullying and becomes a serious test for athletes. Unfortunately, it must be acknowledged that this dark side of sport and the dangers it poses are still underestimated and insufficiently analysed in Lithuania.

This monograph is one of the first attempts to lift the veil on the wings of Lithuanian sports life, naming the causes, consequences of bullying and possibilities of solving the problem. In the first chapter, the reader is introduced to the phenomenon of bullying, interpretations of its conception, links to antisocial and aggressive behaviour are presented, and forms of bullying are discussed. In order to better understand the phenomenon of bullying in sport, it is necessary to evaluate the roles of the participants of bullying, the traits of the victim and the bully, and to consider the context. Therefore, first, the context of sport is presented; i.e., from its emergence, when the “game” existed, to the conception of modern sport. After that, the areas of the sports system are discussed, various groupings of sports activities are presented, focusing on organized sport and emphasizing classification systems of sports branches, separate groups of sport branches (team, individual and combat), which will become essential in other chapters of the monograph while analysing experiences of athletes and their coaches participating in the high-performance sports field. The problem of defining bullying in sport is discussed, the forms and acts of bullying are analysed. Finally, the results of the empirical research conducted in the world are reviewed, the physical, social, psychological and socio-economic effects of bullying are presented, and an overview of bullying management programs, campaigns, platforms and other anti-bullying measures used around the world is provided.

The second chapter provides a review of the diagnostic instruments for bullying, used in different contexts and adapted to different social groups of persons. The choice of specific instruments or their scales, responsive to the purpose and specific objectives of this scientific research, is justified. The structure of the research instrument used in the study, intended for identification of the prevalence of bullying in Lithuanian organized sport, is detailed by describing its adaptation procedures and providing psychometric characteristics that prove high reliability.

The third chapter presents the results of the quantitative (N = 382 and N = 1440) and qualitative (N = 8 and N = 7) research. The exploratory study, which aimed to verify the diagnostic instrument, involved 382 athletes. In the main study, 1440 athletes who train in sports sessions and participate in competitions were surveyed. The data collected in the latter survey were grouped into team, individual and combat sports branches, according to which the results of the survey were presented, which showed the prevalence of bullying in different groups, the absence of the system of information about bullying, and the lack of complaint submission procedures. The results of the research also revealed the negative role of the coach as a sports specialist and educator, which probably manifested itself most by ignoring the destructive behaviour of athletes. In addition, this chapter presents the research results revealing the intensity of bullying acts in sport with regard to different genders and different age groups. Previous experiences of bullying are identified, the athletes’ own attitudes towards bullying management in their teams or groups are analysed.

The qualitative study involved eight coaches representing team, individual and combat sports groups. The interviews with coaches were aimed at: revealing the factors determining peculiarity, emergence and development of bullying in sport as a threat to social sustainability at the individual level; revealing the determinants of the internal environment of the sports organization, which may promote the manifestation of bullying in organized sport.

Another qualitative study involved seven athletes participating in organized sports sessions, representing individual, combat and team sports, and belonging to the young adults’ age group. The survey was conducted employing the semi-structured interview method. Interviews with athletes revealed the uniqueness of bullying in the interrelationships between athletes, detailing the causes of its appearance, the nature of bullying acts and consequences.

The fourth chapter compares the bullying prevention models used in Lithuania, Ireland, Canada and the USA according to the criteria distinguished by authors: perception of bullying, entities assessing the incident, space of application, the notification form, the notification procedure, the investigation procedure and safety, feedback, consequences of negative behaviour, education and information provision, community inclusion. This chapter includes the most important principles of prevention, presented at three levels.

This monograph presents part of the scientific research that was funded by the European Social Fund in accordance with the activity “Improvement of researchers’ qualification by implementing world-class R&D projects” under the measure No. 09.3.3-LMT-K-712. This is just one of the objectives implemented under the project “Bullying and harassment in sport: an analysis of the phenomenon” No. 09.3.3-LMT-K-712-01-0190.

The monograph is intended for athletes, coaches, leaders of sports organizations as well as physical education teachers and other physical activity professionals to whom it fells to face the phenomenon of bullying in sport.

The authors thank all those who contributed to the preparation of this monograph with their technical assistance, as well as the colleagues who participated in certain stages of the project and research associates Dr. Laima Jesevičiūtė-Ufartienė and Dr. Regina Andriukaitienė. 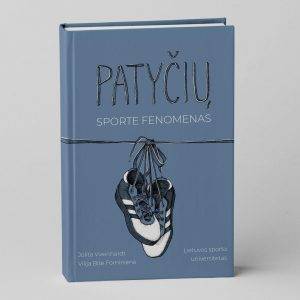