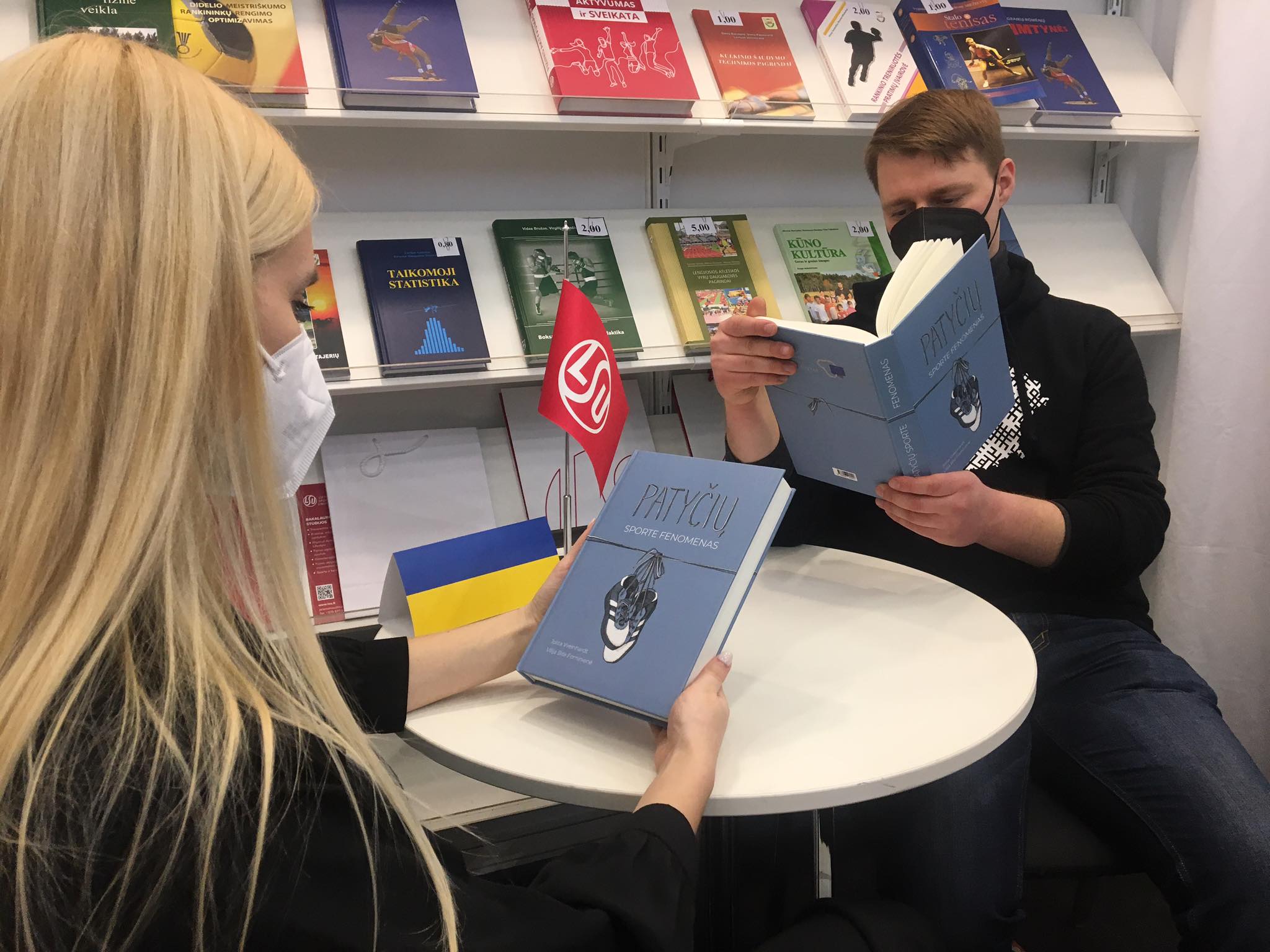 The monograph “Patyčių sporte fenomenas” (The Phenomenon of Bullying in Sport) prepared by Jolita Vveinhardt and Vilija Bitė Fominienė, the professors of Lithuanian Sports University, was presented at the 22nd Vilnius Book Fair. The latest book for the sports community analyses the problem of bullying in psychological, sociological and managerial aspects, discusses intervention models used worldwide, presents the results of the study conducted in Lithuania, and describes athletes’ and coaches’ experiences.

“They’ve been repeating for 10 years that I won’t do it and I won’t achieve it ever … In part, I proved it, but I burned out … They would say, “Neigh  like a mare, go for a walk in the shit…” This is just one excerpt from the shocking stories of athletes. Athletes speak openly about things not seen by spectators to whom sport is a fascinating and honorable sight.

“Bullying is a much more complex phenomenon than it may seem at first glance. Our research has shown that up to half of athletes are involved in it in one way or another and the situation varies from sport to sport. Often persons do not even realize that they are involved in bullying, and some coaches think that psychological violence is a good tool for both training and resolving conflicts arising between athletes. This is not surprising, as this phenomenon has simply been ignored for many years,” says J. Vveinhardt.

V. B. Fominienė adds, “Unfortunately, not only coaches but also sports organizations are not yet ready to see and solve this problem effectively.”

From now on, information about bullying in sports, its causes, consequences, ways of coping with it and utterances of Lithuanian and foreign coaches and scholars are also available on the Internet at the address: https://www.mobingas.lt/en/apie-patycias-sporte/.

The scientific monograph “Patyčių sporte fenomenas” (The Phenomenon of Bullying in Sport) is one of the results of the project funded by the Research Council of Lithuania. The scientific research was funded by the European Social Fund according to the activity “Improvement of Researchers’ Qualification through World-Class R&D Projects” under the measure No. 09.3.3-LMT-K-712.